Inositol is more precisely referred to as myo-inositol. Inositol is a carbocyclic sugar found in abundance in the brain and different other tissues present in mammals. Inositol helps in the mediation of signal transduction of cells in response to growth factors, neurotransmitters, and various hormones. Inositol also helps in the process of osmoregulation.

Naturally, inositol is made up of natural glucose found in humans. In humans, the kidney is capable of producing about 2g of inositol every day. Several other tissues can also provide it, whereas the highest concentration of inositol is found in the brain, where it helps in the production of some neurotransmitters and also helps in the binding of steroid hormones to their respective receptors.

Sleep disorders are those conditions that may result in different changes that may affect sleep. Sleeping disorders can affect overall physical and mental health, quality of life, and safety issues.

The following are some of the sleeping disorders:

Insomnia is referred to as the inability to sleep at night time, which can be caused by any health-related condition, drugs or medications, intake of alcohol or coffee, and stress or emotional trauma. 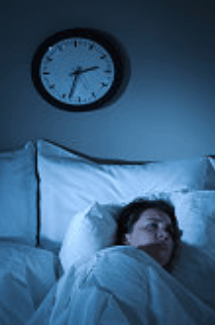 Sleep apnea is another common disorder in which breathing may stop temporarily during sleep and makes a person wake up frequently at night. A person suffering from sleep apnea might not remember the time of awakening in sleep; he/she may feel exhaustion during the time of day, depression, irritation, less productivity at work, and serious life-threatening complications.

Hypersomnia is referred to as daytime sleepiness, which makes a person go through trouble while trying to stay awake during day time. People suffering from hypersomnia may fall asleep during driving, in working timing, or at any time.

Parasomnia is a common sleep disorder in which arousal can occur from REM or partial arousal that may arise from non-REM sleep. Parasomnia disorders include night terrors, nightmares, confusion arousals, sleepwalking, and several other symptoms.

PLMD (periodic limb movement disorders) is a disorder of sleep that can be characterized by several rhythmic movements of limbs or extremities during sleep time.

Disorders related to the circadian rhythm are referred to as circadiandisruptions. The internal body clock of the system helps in the regulation of biological processes in humans, plants, and animals. Any disturbance in this internal biological clock causes trouble in a person’s body systems, hormonal regulation, and induces sleep issues.

Narcolepsy is another common sleep disorder that includes uncontrollable and excessive sleepiness in the daytime. The cause of narcolepsy may be due to dysfunctions in the mechanism of the brain, which controls awakening and sleeping alternations of the body. Individuals suffering from narcolepsy may encounter sleep attacks while doing work, middle of talking and even driving. The cure for narcolepsy is not yet discovered. Different combinations of treatments may help in controlling the symptoms of the disorder and make a person able to enjoy his/her normal daily life activities.

A temporary disturbance in circadian rhythms can occur while traveling across different time zones. Symptoms of jet lag include insomnia, stomach disturbances, headaches, fatigue, and sleepiness during the daytime. The signs and symptoms of the jet leg may worsen during a longer period of flights, and accurately while traveling to the west in comparison to east.

Inositol is a component of phospholipids (present in cell membranes), which is synthesized mainly from glucose-6-phosphate after the process of cyclization.

Nowadays, inositol can be used for several interventional processes. Inositol products are readily available in the market for different diseases as neurological disorders, metabolic diseases, hormonal disturbances, and sleeping disorders.

In order to understand the effectiveness of inositol in different diseases, it is necessary to know about the mechanism through which it acts on body and body structures.

Inositol’s mechanism of action for brain-related and sleeping disorders is not entirely discovered yet. But, generally, it is observed that inositol can be involved in the synthesis of neurotransmitters and acts as a precursor for the phosphatidylinositol cycle.

The change which occurs during this cycle can get stimulated when the post-synaptic receptors are activated, but the receptors are not activated themselves. This whole activity tends to the provocation of fake receptor activation, which is regulated by mono-amines and neurotransmitter activities.

Inositol is mainly absorbed in small intestines. Tissues take-up inositol through specified sodium-dependent inositol co-transporters, which helps in the mediation of glucose uptake. Patients suffering from inositol deficiency can have increased levels of plasma concentrations (36 to 45 mg) after 4 hours of oral inositol intake.

How does inositol help with sleeping disorders?

For many patients, adequate sleep time might be the last point on their priority list until the problem related to sleep rises, which may cause chronic fatigue, compromised body health, and weakened the immunity of the body cells.

Many people do not understand the healing and restoration which occurs during sleep of consecutive 8 hours when a disengagement of the body from several stimulating activities occurs, and the body tends to focus on repairment and rebuilding of immunity responses, cells, and different body hormones.

In recent years, an increase in sleep-related disorders is alarming. The cause of poor sleep quality and problems can be multiple issues related to public health as occupational accidents and automobile accidents.

Unlike other different nutrients, which are mainly prescribed for sleep-related problems, and target hormones and key neurotransmitters, inositol plays a role of secondarymessenger, which is referred to as inositol phosphate.

Inositol phosphate helps in signal transduction for neuron pathways, which are utilized by different sleep-enhancing hormones like serotonin. In the human body, inositol is produced naturally in a quantity of a few grams daily.

In the plant-based diet, inositol is present an insignificant amount. However, in several foods as cereal grains, the concentration of inositol is high in the form of phyticacid or phytate, which are not biologically available for humans. Therefore, the best method for this availability is through supplementation.

Inositol is a product which is derived from glucose. Therefore, it has naturally palatable powder, sweet in taste.

In literature, several studies have confirmed the effectiveness and success of inositol as a nutrient for obsessive-compulsive disorders, depression, and anxiety disorders. The reversal of serotonin receptors desensitization occurs in increasing serotonin concentration. Psychiatric conditions that are effectively improved by SSRIs (serotonin selective reuptake inhibitors) have a significant probability of responding positively to the treatment of inositol.

According to the results of this study, a direct and robust relationship was found between low levels of serotonin, depression, and insomnia.

Serotonin is undoubtedly the most common factor for the regulation of mood, sleep-wake cycles, and sleep patterns. On account of this relation, the ability of inositol to increase the sensitivity of serotonin receptors might be due to its ability to induce sleep and improve certain psychological and psychiatric conditions.

Not in every case of insomnia, psychiatric conditions and depression are involved; rather, the concentration of serotonin (less than the needed optimal concentration) can be the reason for insomnia. In such cases, inositol treatment can be the perfect choice for gaining the required optimal levels of serotonin.

Other underlying causes which may cause sleep problems can also be multi-faceted. A combination of other nutrients and inositol, which function for support and regulation of serotonin levels as 5-HTP (amino acids which are used for the synthesis of melatonin and serotonin) and L-theanine can ensure improved quality of sleep.

Inositol is an essential nutrient that can help in dietary modifications beneficial in combating the problems associated with sleep disorders. Sometimes, sleep problems are caused due to malnutrition or nutritional deficiency. Therefore, inositol can significantly help in the uptake of essential components needed for relaxation and calmness required for sound and undisturbed sleep.

According to the author of the book The Most Effective Natural Cures on Earth, written by Dr. Jonny Bowden, inositol is a natural sleeping pill if it is taken before going to bed for improvement of sleep and sleep quality.

Regarding the effectiveness of inositol for sleeping disorders, more clinically evident trials might be beneficial for solidifying the usefulness of inositol in sleep-related conditions. Inositol’s ability to influence the serotonin positively is proved through clinical trials on patients with psychiatric conditions.

Regarding the usage of inositol as a supplement, no severe or ill effects are reported even when the therapeutic dosage exceeds the average intake of dietary products or equal to 18x the dietary intake.

Sometimes, inositol is advised for the treatment of bipolar disorders. Therefore, there is not strong evidence that suggests that inositol might trigger some manic episodes among individuals with this disorder. If a person has bipolar disorder, he/she should not go for inositol over-the-counter or without the prescription from the doctor.

The safety of inositol supplementation is making it a primary treatment option for people of all age groups. But sometimes inositol supplementation is not adequate among young children, nursing or pregnant women, or patients with kidney and liver diseases. Inositol supplements are required in larger quantities and dosage. Therefore, it is always vital to opt for some authentic and reputable inositol product because even a presence of the smallest percentage of contaminants can cause a significant and real problem.

Inositol supplements are available in various forms of powders and capsules. For the patients with a complaint of insomnia, 2g of inositol is recommended with water before going to bed.

For the patients having trouble with falling asleep or even staying asleep, smaller doses of inositol are recommended as 500mg per day in combination with other nutrients like melatonin, which may aid in sleep quality. 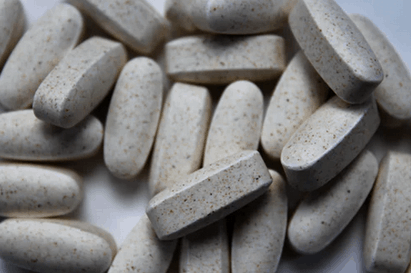 Other health benefits of inositol:

In addition to it, inositol is considered to have effectiveness in slowing down the progression of Alzheimer’s disease and help in the prevention of several cancerous growths.

Regarding metabolic diseases, both types of inositol, myo-inositol, and d-chiro-inositol are useful in dropping the levels of fasting blood sugar if taken daily and in combination with antidiabetic drugs.

Inositol can also help in the alleviation of hypertension (high levels of blood pressure) and high cholesterol levels, following the research which was conducted on women who were assigned to take myo-inositol supplements for six consecutive months.

Infants with the diagnosis of ARDS (acute respiratory distress syndrome), were found with a low mortality rate by the intravenous intervention of myo-inositol, according to research which was published in the Journal of Pediatric Research.

Generally, inositol is considered to be the safest for consumption in people of all ages. But sometimes, every supplement or drug can have some mild side-effects as stomach pain, nausea, vomiting, tenderness, headache, and even dizziness.

If the supplements are taken in doses higher than 12 g per day, then a moderate type of side-effects can be observed in severe cases. Prolonged use of inositol has chances of inducing hypoglycemia (low levels of blood sugar).

Prevalence of sleep disorders is increasing in this time, which is making people prioritize their health and look for treatment options available for their problem. Out of several sleep treatment methods, the Inositol supplement is one effective option because of its ability to induce calmness and relaxation. Despite its excellent safety profile, inositol should not be taken over-the-counter, and concentration should be in optimal ranges.